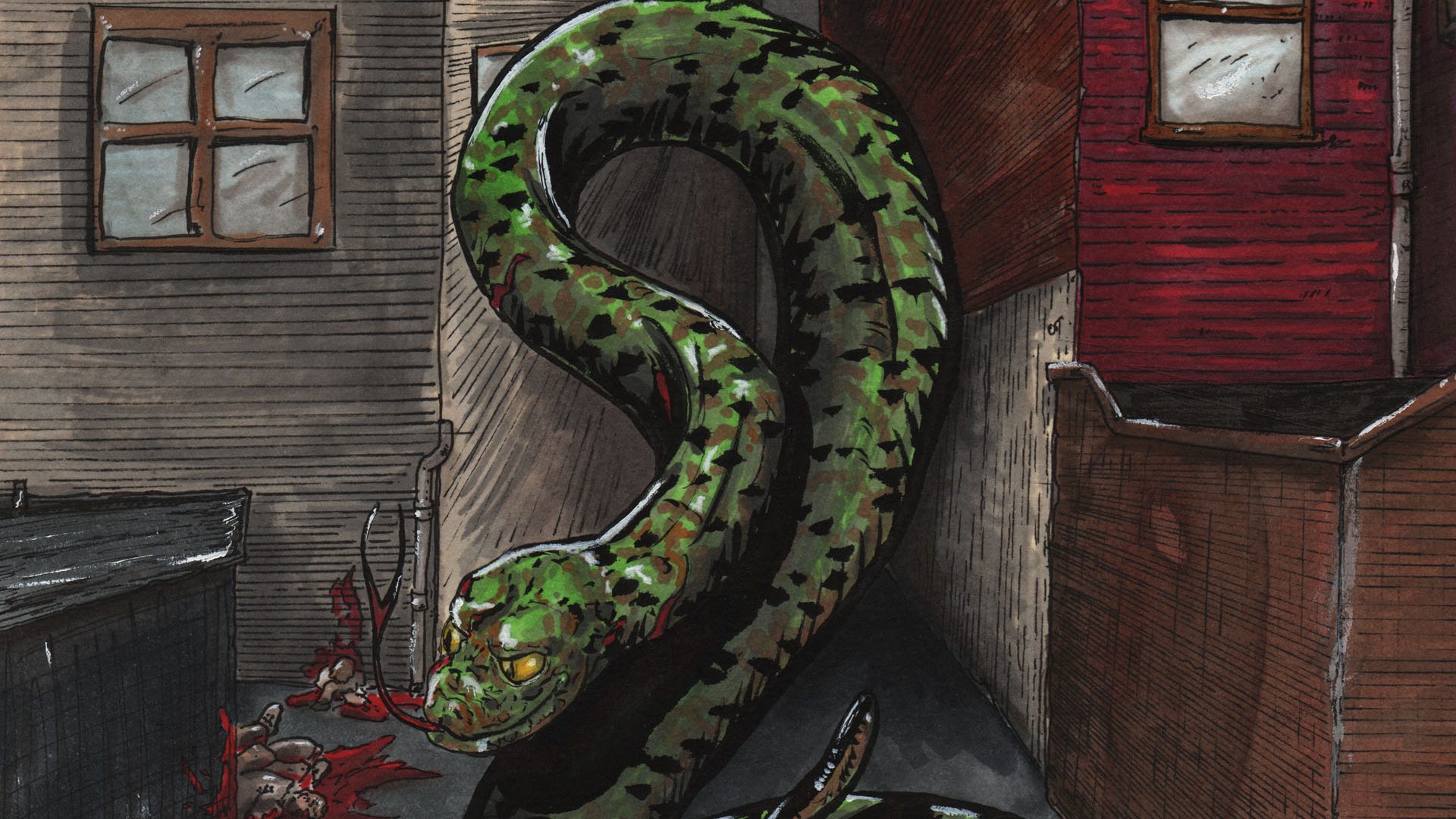 Travis is a profession writer and script consultant. During the early 2000’s he was a journalist. He moved on to become a technical writer. For the last ten years he has been a consultant for film and other writing projects . He is the former apprentice of True Crime novelist and “The Saint” writer Burl Barer and has helped on countless projects.

Name of your story:

Quick synopsis of your story:

Black Hand is the story of soldiers in WW1 investigating a disappearance.

Greg from “Junior Scouts of the Apocalypse” asked me if I would be down to do a war horror comic.

Literally anyone with a super-power that isn’t Condiment Man.

My dad rolling his tongue between his teeth when he was angry. Once the Catholic School next to my house had a 100% pregnancy rate for the senior class. I am told there was something in the water.